Skip to content
Home
/
The Caribous are almost paradise for Pat Differ….

The Caribous are almost paradise for Pat Differ….

Editor's Note: Did some database researching this morning over coffee, specifically looking for any historical information on the Quebec Caribous, either in print or film. The subject matter is hard to find, and on the site, we have a handful of articles pertaining to the history of the 1975 Caribous. Within my search, I came across a database from Quebec, that contain a treasure trove of articles pertaining to the Quebec Caribous. Mind you, all the articles I discovered, were in French. Through the programs I have attained over the last six months for the site, and the wonders of Google Translate, Retrolax is building more articles on the history of the Quebec franchise. Keep in mind, that not everything translated is perfect. We are trying to perfect what is given, and if something within these articles doesn't seem right.......they probably aren't......Were doing the best we can, with the opportunities that were uncovering. Thank you for your advanced understanding and by all means....enjoy! Dave.....

A trip from Syracuse to Quebec City is as contrasting as day and night, at least for Pat Differ, and his opinion on the subject is mostly shared by most of the former Syracuse Stingers.

And there is not a change of atmosphere or landscape that can explain his return to the “best counters of the National Lacrosse League.

For a single, the attractive strands of girls in Quebec may be an explanation!

“On that, I totally agree,” admits Pat Differ without hesitation, already showing a contrast with her usual seriousness and his pertinent reflections.

“The Caribou general organization alone is a 100% improvement,” he says more seriously, “just about anything the players can want, which is a stark contrast to Syracuse. 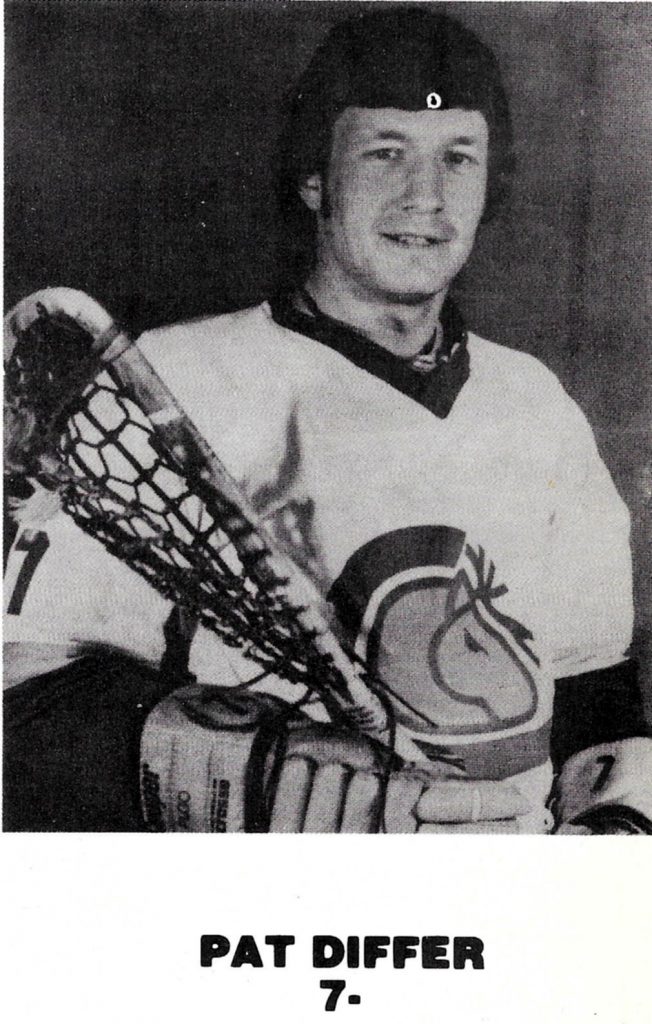 The relocation of the Syracuse Stingers’ license to Quebec City was a welcome change of atmosphere and landscape for the players. “This city is exceptional, the reaction of the public is very good, but there are also other explanations”, according to the Caribou player. “The status of the league has changed, the best talent in Western Canada has particularly improved the caliber, the game is harder and more complete because all players must produce their best to stay.”

Although the Caribou have had a serious accommodation problem for many of their players, most have finally found more satisfying lodgings than they thought. The front of Mississauga, 24 years old, was one of those, sharing with Paul Cioci a mountain chalet at Mont Sainte-Anne.

Differ finds himself again at the top of the counters of his club, after six games.

“I’m still trying to start as often as last year, that’s the secret,” he said, “I kept an average of four goals (4.17) last year without missing a single 40 games I want to score as much this year for 56 games. ” The best maverick of the Stingers last season, he has collected 28 points so far with the Caribous, before their match tonight with the Quebecers of Montreal.

So clever is he to find the target as often as last year, Differ not less observes that opportunities are getting tougher this season.

A weekend golfer, who can defend himself on a course with a margin of error of four, Differ sees another contrast in his second season in the National Lacrosse League. “The players are bigger than last year, the clubs have been able to get their hands on talent and size,” he says. “I have to run myself as much as last year to escape the more robust style and often I was able to concede up to 30 pounds of weight against some players we had to meet so far. “ 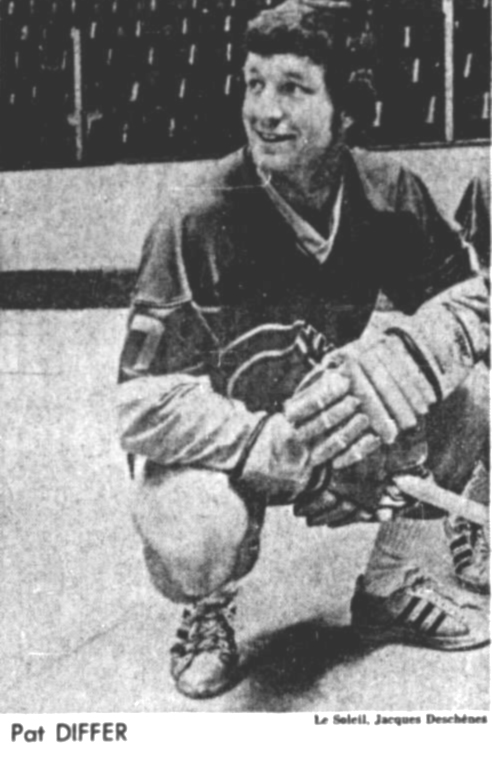 That the Caribous still have the vein to procure a comfortable lead at the expense of Quebecers, it will not take more to encourage Medo Martinello to order an unqualified strike force “If the case occurs, to promise himself coach of the Caribou, Jim Bishop’s team will come from behind as easily as last time. ” Martinello, however, quickly resumed its realism by weighing the advantages and disadvantages of a week’s rest. “We had two exercises a day, but I would have preferred to play at least once because the exercises are not a match and that is perhaps what will motivate the Bishop’s club even more”, he points out.
The Caribous will still miss the services of Art Seekamp, ​​Rusa George and Bruce Todman in addition to Murray Cawker still “scraped” by school exams. By cons, Doug Gray is back for good and could participate in the game. As confusing in his observations as his Caribou were before Quebeckers, Martinello commented on the recent massacre of Quebecers at the expense of the Maryland Arrows.