Skip to content
Home
/
Favell still dreams only of Philadelphia…

Favell still dreams only of Philadelphia… 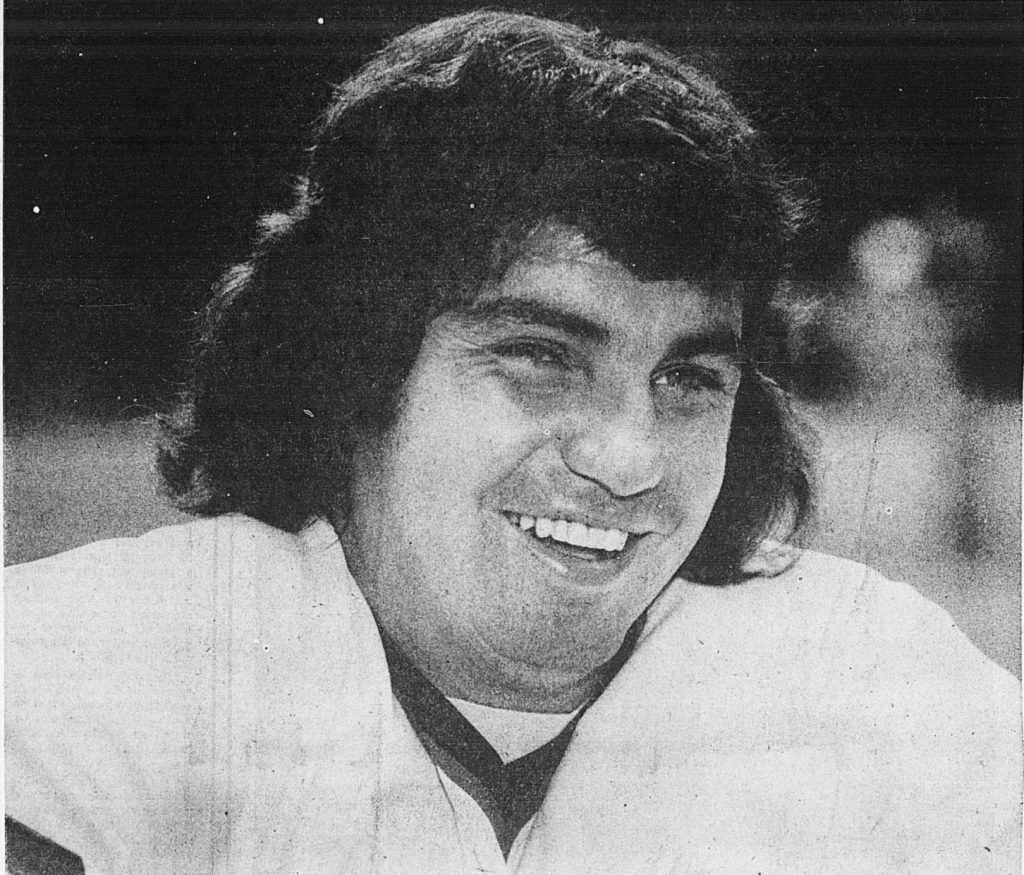 I would have pretended that the Philadelphia Wings lose more than boxing matches on Wednesday night. Maybe I could have known Doug Favell in another day, marabout, little inclined to talk and, above all, without that smile of a rich child to whom everything succeeds.

Note that happiness befits a glove like Favell. He laughs with his mouth, cheeks, eyes, nose, double chin. No, he is not fat, just a “little envelope”, less, in any case, than the average hockey player a month after the sound.

I wondered at one point if I did not have a knee in the middle of the forehead, a flower in my ear or a spot of oil on a jowl. For inevitably, every time Favell kept me, he seemed about to laugh. It was so disturbing that I asked him what could make me laugh in my face.

“It’s not you, he told me. It’s like me, because I’m happy. We won, it’s funny. I am happy to find again the warmth of an adversary, the “boys” who have a hard-won victory. The mere fact of wearing the colors of a Philadelphia team makes me happy. “

Favell, one year after leaving the Flyers organization, remains under the spell of Philadelphia – the hospitable. His departure for Toronto was such a hard blow that he has not yet recovered. But he still hesitates to admit it.

“I still had a lot to do with the Flyers what it is. And I was the happiest man to see them win the Stanley Cup. In Toronto, we are rebuilding a team and the challenge I like. But it will never be like Philadelphia. The in-structeur, the partisans, the city … “

HE PREFERS THE TRAVEL

And if ever another transaction brought him back to Philadelphia, he would not hesitate a moment to play the second violin behind Maestro Bernard Parent. But he did not say it. But he talks about Philadelphia, Flyers and Wings with terms that leave no doubt about his loves.

This is the only reason why he chose the Wings rather than the Toronto Tomahawks or any other circuit formation.

And if you went so far as to assume that Favell came back to lacrosse for the sole pleasure of playing in Philadelphia, you would not be far from the truth. For we understand that Favell, goalkeeper has $ 100,000. risk his career as a co-keyer for a snort that he could never forget.

“It’s true that the company is a bit crazy,” he said, “but the doctors assured me that my back would hold out if I went slowly to begin with. If I fought with the leaders of the Maple Leafs to wear the colors of the Wings it’s because I have lacrosse at this point. I feel like I participate much more actively, I like the violent contact, the special handling of the stick, the speed with which it is necessary to react, constantly.

“Card goals? Never. First, the “feeling” is not the same as hockey, the technique is different. And then I like playing it a lot. “

But why not procede the same way as other hockey players and rest?

“Inactivity weighs me down. Golf, swimming pools, sun, lasts a while. I can not be doing nothing. I have to move, to do something with my ten fingers. When I knew that a serious lacrosse circuit was not there, I immediately told myself that I would be one. Because I did not play St. Catharines so badly in my beautiful junior years. “

When we know that the Leafs have only one condition to return to the world of lacrosse, do not get hurt (!!!), we can only love what Favell did: bring some freshness among the million-year-olds of the concrete.

“I know there are other great hockey players who have a good grip on lacrosse,” says Favell, “Rick Dudley of the Rochester Griffin and Dune Wilson, who also plays very good.”

Favell has set a deadline to regain his perfect physical condition. If, at the end of June, his back still makes him suffer, he will give up.

“I really appreciate the experience of tonight’s game,” he says. I was hit hard and it did not hurt me much. In fact, the game is much faster, much rougher than I had imagined before reporting to the Wings. The league truly brings together the cream of lacrosse players. Children are definitely not admitted to it. “

Favell has had a lot of sporting emotions as he faced the hardest shots in the National Hockey League. This means that the new experience he is experiencing with the Wings does not worry him at all.

“I’m tall and I know it,” he explains. My coming with the Wings is not a stunt advertising even if, I admit, I received more journalists than any excellent player of the team. I do not like to play in the present circumstances, without being able to give my full performance. But the situation will be more attractive, for me anyway, when I can actually play. Like in the good old days. “

I’ll bet my shirt that Doug Favell has a very dirty character when things go wrong. He is too perfect when he is happy.

“It’s always like when you have a big goal”

Doug Favell barely stepped on the wood surface of the Forum Wednesday night when the Philadelphia Wings came to snatch an 18-17 win against the Quebecois.

By the way, Doug Favell has been playing for only a dozen minutes since the start of hostilities in the National Lacrosse League.

However, in the morning, it was his name that faked the newspaper clutch, it is his good face of child who grabbed the columns. And in the Quebec program, the most important photographic is his.

In the Wings’ locker room, it was barely a glance at Carm Collins, Bob Goulding or Wayne Platt, the revered stars among Philadelphia’s new favorite sports fans.

We were massaging around Favell.

Favell seemed uncomfortable at being “the one we knew”, “the one who helped sell the stick”, “the big star among the unknown”. He wants to be the center of attraction in Toronto when he whitens the Boston Bruins, but in Montreal, in poor physical condition, after a few minutes of normal play, the Journalists’ Caucus overtakes him.

But Favell has seen others. He knows what amateurs want to know.

Doug Favell, goalkeeper A $ 100,000 per year, plays lacrosse for “peanuts”. By love. To find among the “boys”, to find the ambiance of the locker room, the rowdy crowds, especially that of Philadelphia.

And then, why not just admit it, Doug Favell will risk his career as a lacrosse hockey player because he’s crazy about the sport.