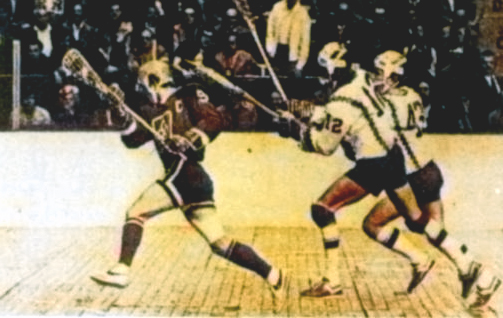 High-octane sticks Jim Hinkson (12) and Gary Brezany (43) of the Toronto Tomahawks chase John Davis, the captain of the Montreal Quebeckers, at the Forum last night, the first match in their history. Quebeckers won the game 14-8

by Marc Thibeault of the Montreal Gazette

The audience was so enthusiastic last night at the Forum when professional lacrosse came back to this amphitheater (where we already live and some 40 years ago semi-professional lacrosse, in fact) that they applauded wildly. when it was announced in the middle of the third period that their number was 9,120!

And as the traditionalists would have wished, it was a young Indian from the Six Nations Reserve who was the star of the Montreal Canadiens’ 14-3 win over the Toronto Tomahawks (owned by Bruce Norris of the Detroit Hockey Club). Goalkeeper Ernest Mitchell, 22, stole a good 10 goals from his rivals and was the main reason for Quebec’s victory wearing uniforms in the Canadiens’ traditional blue-white-red colors. The celebrated centers Jean Béliveau and Henri Richard were also there. with John Ferguson, to make the symbolic puck mark marking the launch in the city of a new National League of lacrosse funnily organized … and funded. 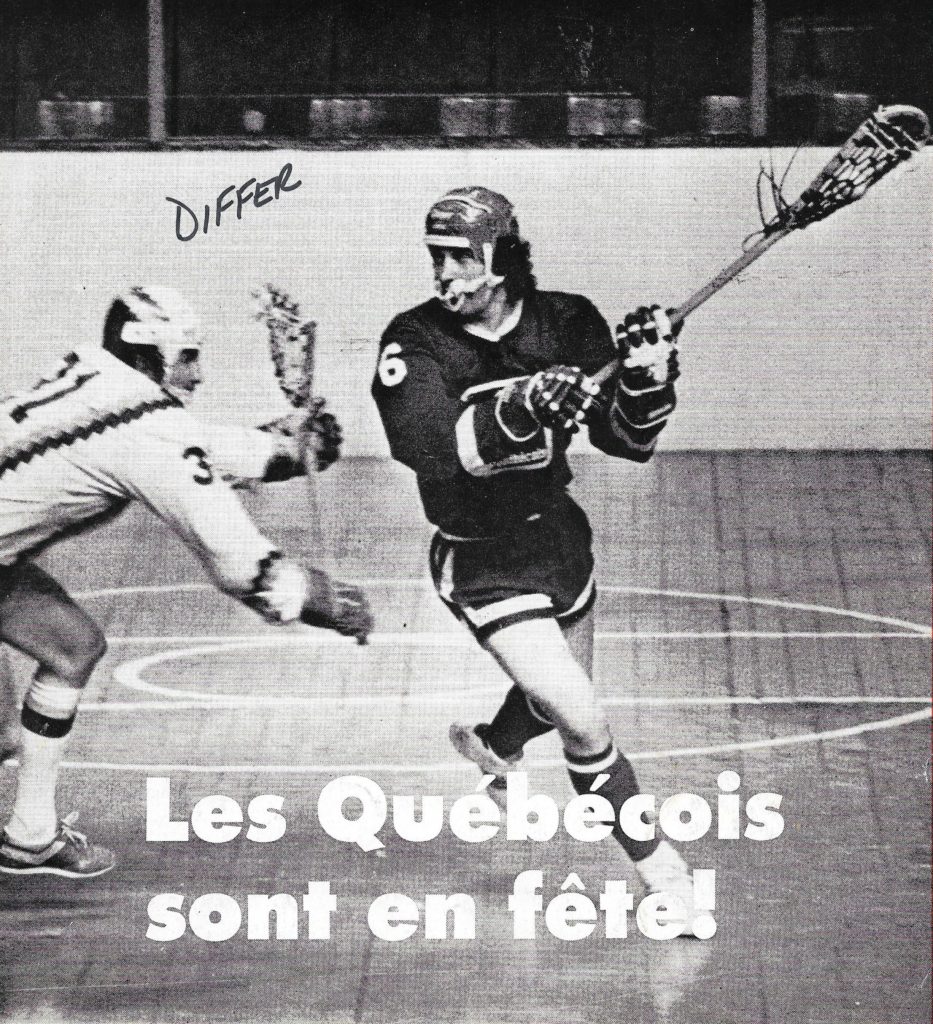 Another pleasant surprise was the fighting game of Brother Michel Blanchard, who, in the second half, delivered alone two boxing matches, the first to goalkeeper Ron Thomas and the second against the solid Doug Hutcheon, a 6-foot tall fellow. Blanchard inherited two minors and a major and match misconduct for being “the third man”. It is unfortunate that his brother Gilles, also a colleague, was the one who awarded the 5 stars of the match (the first of course went to Mitchell). He did not grant an energetic brother (who is also his boss!) Who, nevertheless, deserved one. Rob McCarthy, 22, a former senior Coquitlan player from British Columbia, scored 3 goals for Quebeckers and was named No 2 of the game.

No less than four players each scored two goals for the Montreal club, the spectacular skipper John Davis, Dave Litzenberger. Gord Osinchuk and Gord Floyd. For the Torontonians, the ace of the game was easily Bram Wilfong with 3 goals. The match was scored 20 penalties and 56 shots for the Tomahawks and 48 for Quebecers. Players are constantly running on the big green carpet (refreshing color) of wood. They even replace each other almost every 30 seconds to ensure the offensives and counter-offensives a steady pace. This is done while a team starts an attack. The player who has the ball goes a little slowly while four teammates run to their bench to be replaced by four pairs of legs rested … and me each club can not take more than 30 seconds before launching to the opponent’s net (he must give the ball to the opponent otherwise), these changes are quick. 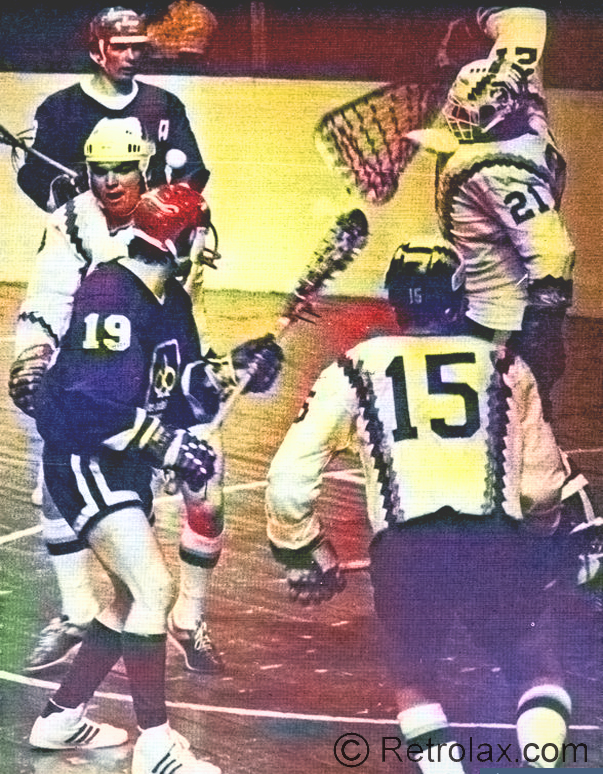 The result is a constant move that keeps viewers in suspense. Especially since the stops of the game are also very fast. One of the two referees (there are no off-games at the lacrosse) whistles to announce that the ball is going to such team. One or two seconds later, he whistles again and the game starts again. For those who have already counted up to 40 off-games or game stops per period in hockey, this is a deliverance! That the game is rough (we allow the thrusts in the back with both hands on the butt) is obvious.

But it is also remarkable to see how much these players are in exceptional physical form. They take the blows, do not protest. get up immediately and go back to the ball .. or an opponent! And they are not complainers. Toronto goalkeeper Thomas was shaken in the first period … and Roger Williams replaced him. A minute later, Thomas resumed his post. He was still shaken in the 3rd period (he liked to leave his zone and we do not hesitate to the stick to then firmly shake a goalkeeper). After 10 seconds … at the game! 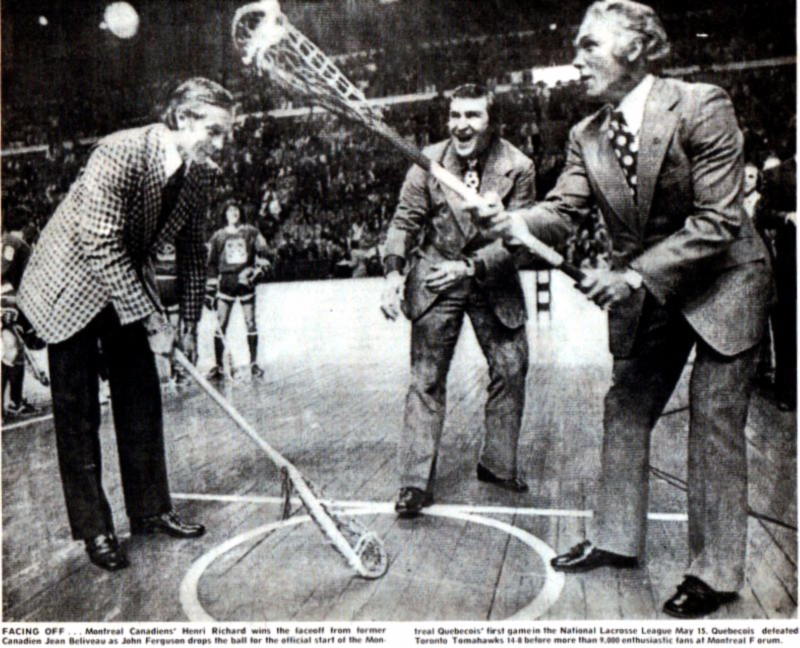