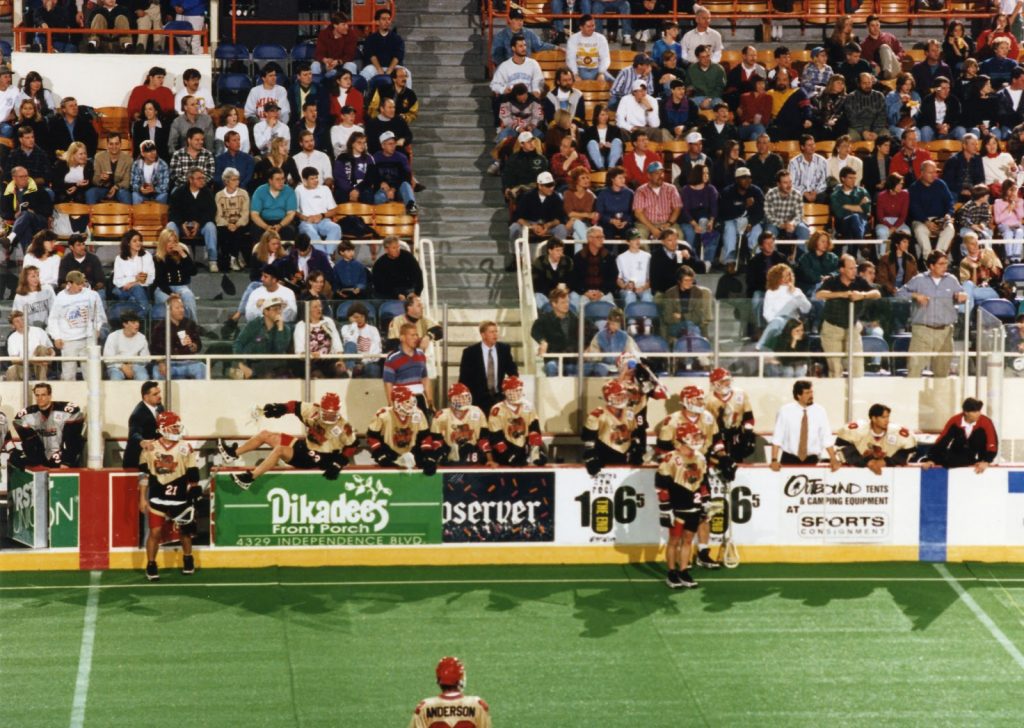 The Charlotte Cobras of the Major Indoor Lacrosse League (The MILL) play their fourth home game Saturday, and for the fourth time ice and snow are a possibility.

The Cobras would be wildly successful this season if their only promotion was to offer milk, bread and batteries to the first 5,000 fans at Independence Arena.

The MILL owns the Cobras and every other team in the league. It came to Charlotte because of the city’s reputation as a thriving sports market and because of the success of nearby lacrosse teams at North Carolina and Duke.

To succeed here, all the Cobras have to do is convince people who didn’t grow up playing lacrosse and have probably never seen lacrosse to come in from the cold.

This will not be easy. The team, which has only one more home game after Saturday’s, has no presence.

When was the last time you saw a Cobra at the grocery store? Because many of the players live in the Triangle, the team doesn’t even practice in Charlotte. It practices in Greensboro.

When was the last time a team named after a snake made it in Charlotte? The Charlotte Vipers of the Continental Indoor Soccer League were able to convince only a few fans to care. And it disappointed them by losing almost every game it played.

The Cobras play the Philadelphia Wings Saturday. The Wings are defending league champions and feature Gary Gait, the league’s biggest star. According to legend, Gait once hurdled the goal from behind, landed in front and scored.

You didn’t see that on ESPN’s “SportsCenter.” In lacrosse, legend stops where the Northeast ends. The MILL’s other franchises are in New York, Boston, Buffalo, Baltimore and Rochester, N.Y. The sport is a presence there. In the last two weeks, Boston and Philadelphia have drawn crowds of 16,000.

To some Northeast kids, lacrosse sticks are as common as a football or basketball.

“There was something much cooler about carrying a lacrosse stick than a baseball glove,” says Charlotte assistant coach Mike Fresina, 28, who grew up in Boston. “And I say this with the baseball coach sitting right across from me.”

Fresina speaks from the gym at Charlotte Country Day, where he is lacrosse coach. This season, his team won the N.C. high school championship. (Between 25 and 30 N.C. high schools play lacrosse.)

Fresina loves the sport, is convinced that Charlotte will. But most of us are so unaware, and few of us feel an obligation to learn.

“We’ve got a challenge,” Fresina says.

Before the Cobras played their first game, the photographer the team hired asked about horses. He had confused the sport with polo.

Actually, lacrosse is more like hockey. There are many breakaways and frequent hard hits.

A Cobras spokesman says the team is averaging 3,000 fans a game, but doesn’t say how many of the 3,000 paid for their tickets.

To encourage you to buy one Saturday, the Cobras will do what teams always do. At halftime, they’ll feature Little Jake, the Frisbee-catching dog.

But because the Cobras want to please, they’ll attempt to make the evening special. Performing with Little Jake will be his Frisbee-catching mother, Cassie.