Caribou Were In Appetite…They Devoured The Arrows 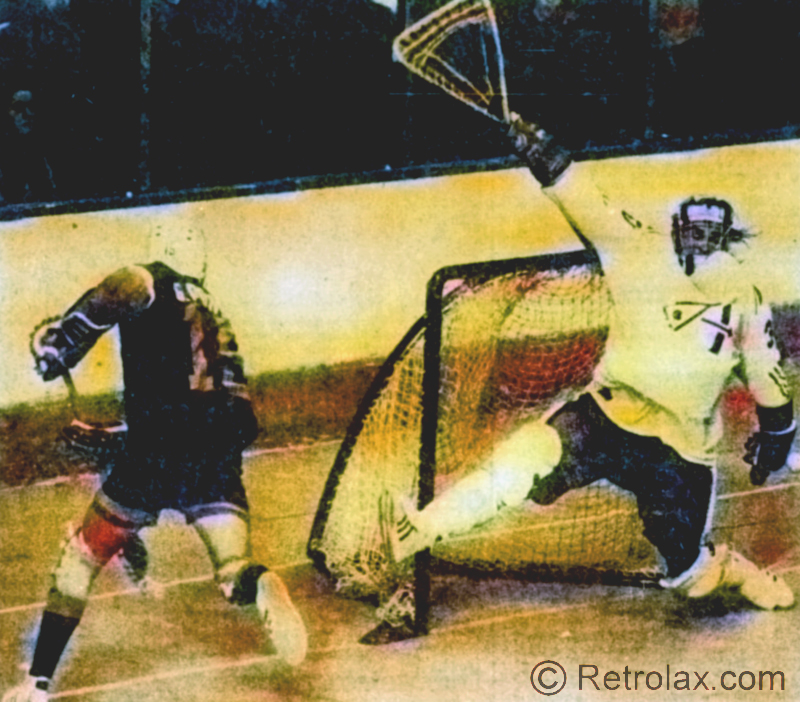 "Hooray!", Gaylord Powless could have shouted as he put the ball in the corner, left deserted by the Maryland Arrows goalkeeper. After this goal, the Caribou never pulled back.

Back on the victory trail after 26 days of famine, it deserves a reward for the Caribou.

I’m lifting the curfew for tonight, “the Caribou coach said straight away when captain Ken Alexander spoke up for the players to request an extension of the curfew.

The Caribou had just beaten the leaders of the National Lacrosse League, the Maryland Arrows by 17-11. Attack by this feat, after eight consecutive games without a single victory, Medo Martinello added an exercise leave for today.

Nothing more to understand, the Caribou, who have been struggling so much lately in front of the teams in the league’s classification center, make fun of the fearsome Arrows to resume the path of victory Caribou so dashing. as vigorous as the last time to believe them in rut time. as the Arrows coach surrenders to this obvious fact: “But these guys were really hungry.”

It must be said that the Caribou had no choice, they had to feel hungry somewhere at the risk of finding themselves further than at the edge of fifth place in the ranking. Especially since they will have a five-game advantage over the Boston Bolts when they perform next time, Sunday night, against the same Bolts. at the Colosseum.

Two failures in two evenings. Cy Coombes no longer found it funny to see his Arrows so lost. “It’s not funny at all, we were worse than on our first trip,” said the Arrows coach. although his team would have bowed by one goal less than on their first visit at the end of April.

Players deploring a lamentable setback, he said curtly “I can not find any of our players who could have been the least effective. if not our goalkeeper”. This exception to Glen Little could be widely approved by Dave Durante, who was so often frustrated throughout the match (although he did a hat trick just like Travis Cook.} The latter has notably produced his best performance so far with the Caribou by revealing themselves with as much brilliance on the defensive.

In addition to Bruce Murdock, who also sent spectacular impulses, the two newcomers Brian Wilson and Rick Bisson stood out particularly when they first appeared on the floor of the Colosseum.

Reassured on a rumor of another possible exchange. Brian Wilson went there for a first game of two goals and an assist in the Caribou uniform. “I was reassured. I was a little more comfortable playing and I am really interested in helping the team get out of the classification cellar,” said Wilson. As for Rick Bisson. didn’t let his muscle potential lie, taking up the first challenge put to him by Joe Todd. “He dropped the gloves first, I jumped at him right away. Anyway, I had something to prove for a first match here and I saw to … do it “, he observed on the first of the two exchanges of fists in the first twenty. Wilson allowed himself to knock out the Arrows’ goalkeeper towards the end of this engagement by shooting him a powerful shot in the face .. Enthusiasm by all these happy events including his shot in cannon shot, Wilson proudly concludes : “This is my best game of the year!”

While rubbing your hands for this last exchange. Medo Martinello was all the more comforting to underline: “We were stronger than ever in the third period, eight goals against three, I trust that everything will be replaced”. The Caribou having found themselves on the floor, it remains to win back more supporters than this weakest gallery of the season. 3,111.

“Tell people that we are looking for a chalet to stay here”, asked Rick Bisson while promising to regain some of his mother tongue in return for a service rendered …

”It really does well, “said Travis Cook happily, visibly freed from a concern about his production after making a hat trick.

Robert Bleau was just as proud to have finally found the back of the net, his first of the season.

For a rare time, if not the first this season, the Caribou have never lagged behind in a game .